Hi everyone and welcome to a review of one of the smaller steam locomotives produced by Hornby - The A1X Terrier! 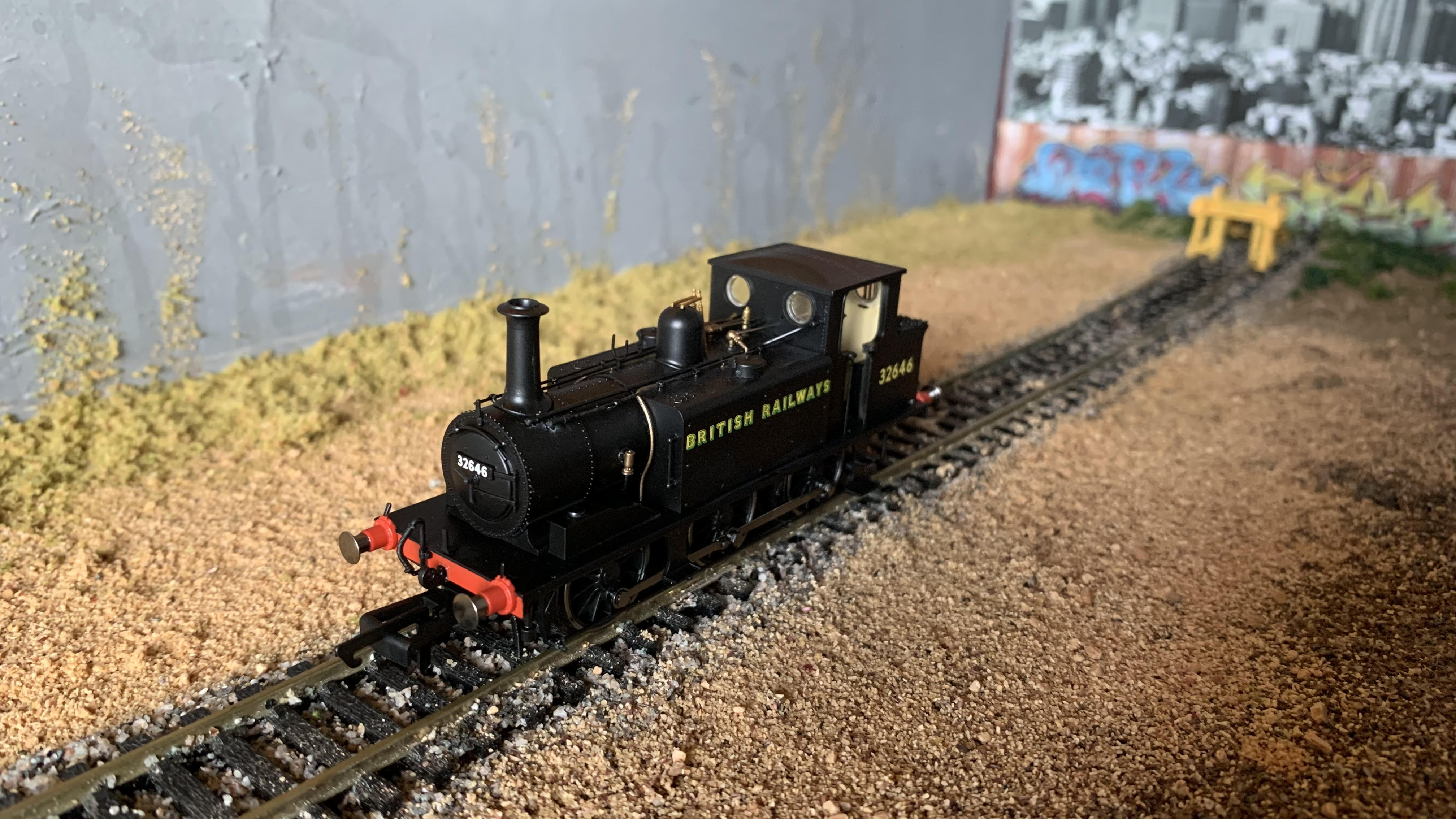 As always we have a standard Hornby box, featuring pictures of the model as well as the various Hornby locos and product codes. This is an OO Gauge locomotive, and is ready to be fitted with a 6-Pin DCC Decoder. There is a small set of detail parts included in the box, which can be fitted as per your requirements.

The London, Brighton and South Coast Railway (LB&SCR) A1 Class 0-6-0T locomotive was designed by William Stroudley. A total of 50 locomotives were built between 1872 and 1880. Initially, the class were designed to haul commuter trains on the heavily congested lines in South and South-East London, as well as operating through the Marc Isambard Brunel designed Thames Tunnel. The LB&SCR later introduced larger and more capable D Class locomotives which began being used for most of the company's commuter trains. Nonetheless, the reliability of the A1 class was such that most were put to other work or sold on to other railways rather than being scrapped. Between 1911 and 1913 twelve of the A1s that had remined at the LB&SCR were rebuilt with new boilers and extended smoke boxes to become the A1X class along with a further four after the first world war.

The Class remined in service until many of the lines they operated on were eventually closed. The last of these was the line to Hayling Island which was scheduled for closure in November 1963. With the impending closure of the line, BR decided to withdraw the class from service. At the time of her withdrawal, No. 32636 was the oldest working steam engine in British Railways ownership. The final operational A1X with BR was No. 32678, which remained in service until August 1963. The engines were famously known as 'Terriers' due to the distinctive 'bark' of their exhaust beat.

This is truly a small locomotive, even compared with a modern 4x4 it does not look particularly big, and surprisingly although it has a very small size there is an incredible amount of detail on the locomotive. Starting from the front we can see that the body is finely moulded with many rivets around the boiler and there are pipes visible and picked out in bronze, as well as this a number of separately fitted parts including handrails and the whistle are attached to the body, giving it a feel of quality. The boiler face is well detailed, and the number is finely printed across the boiler door. We also have a number of other features, including head code mounting points, separately fitted piping and sprung buffers are seen on the buffer beam.

On the tanks we have 'British Railways' emblazoned upon them, in southern railway colours, showing that this is certainly and Era 4 model as it combined the older southern style with the newer British railways style. The hatches to fill up the tanks feature on both sides of the model, as well as other finely moulded details. Looking at the cab we can see a number of rivets across the front and the roof, as well is handrails and a finely detailed cab interior, featuring various instruments painted in separate colours to give it a high quality feel. At the rear of the cab we can see that there is bars separately fitted and covering the window, which looks really amazing. the coal in the bunker is also very realistic and wouldn't need to be swapped for real coal.

In terms of running, i found that the loco was a quiet and smooth runner, with a decent amount of power and could happily haul an appropriately long train around my layout!