Hello everyone, and welcome back to another blog post! In today's post we are reviewing another Hornby steam engine, namely ‘K1’ Class 62065. As with all of Hornby’s ‘Super Detailed’ range, we have a standard red and yellow box, accompanied by Hornby logos, product codes and a nice high quality image of the model on the front of the box, as well as a top down view of the engine on the top of the box. On the rear of the box is a description about the engine, which we will get into later on. The box shows us that the K1 is finished in BR Lined Black in late crest livery, so era 5! This loco is also DCC Ready and can be fitted with an 8 Pin DCC Decoder. 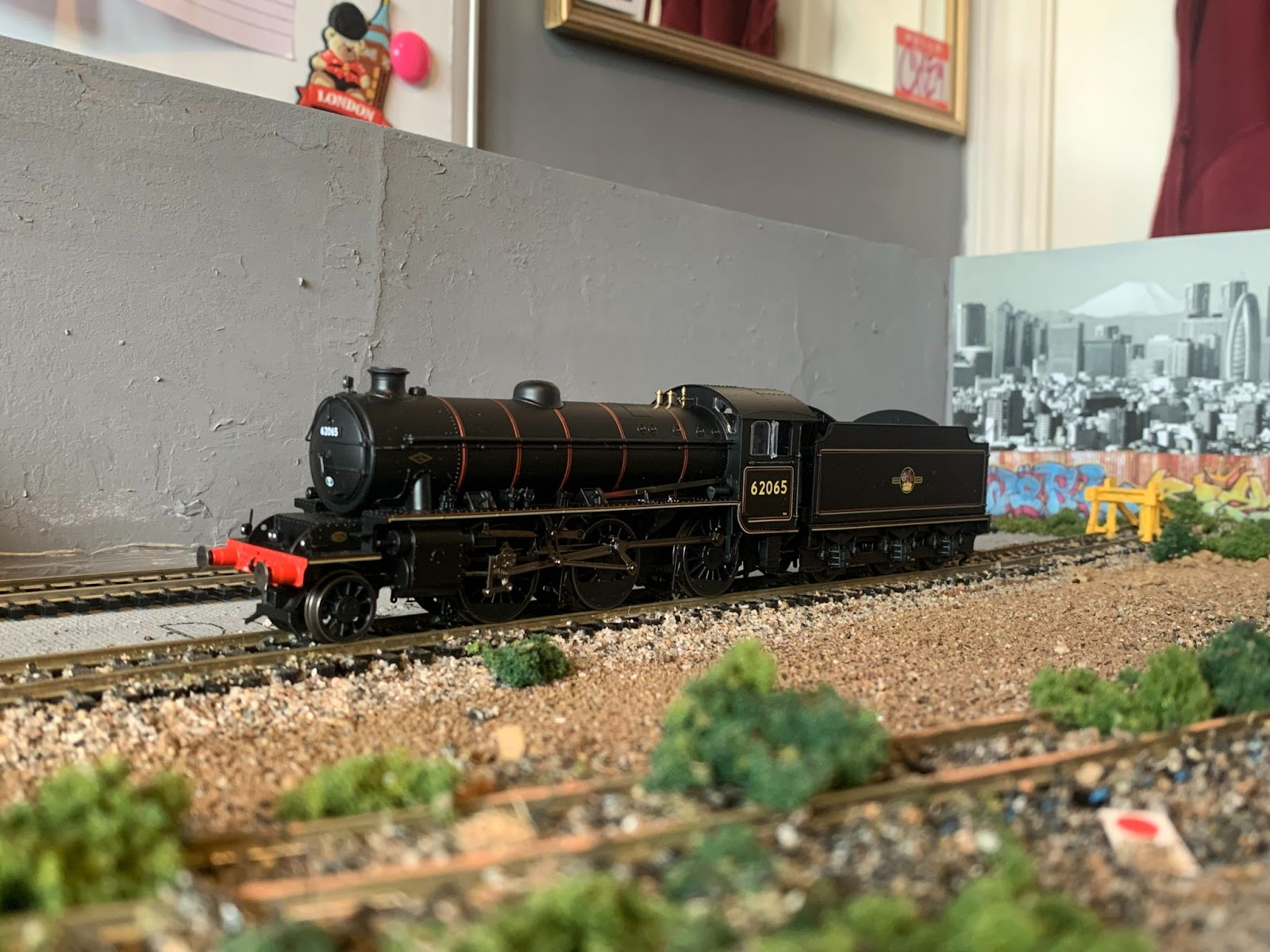 The K1 Class, which was made up of 70 locomotives, were all built in Glasgow at the North British Locomotive Company's Park Works over a 10 month period between May 1949 and March 1950. Many of the North Eastern K1s were often seen as far North as Edinburgh and early on in their working life were regularly used on the West Highland line. A significant number of those allocated to the Eastern Region were based at March. All of the Class were fitted with electric lighting and self-cleaning smoke boxes identified with an SC plate situated just beneath the shed plate while some were fitted with AWS (Automatic Warning System). Withdrawal of the K1s began in December 1962 but it was a very slow demise as it took a full five years before the last locomotive, 62005 was withdrawn from service on the Eastern Region in 1967. 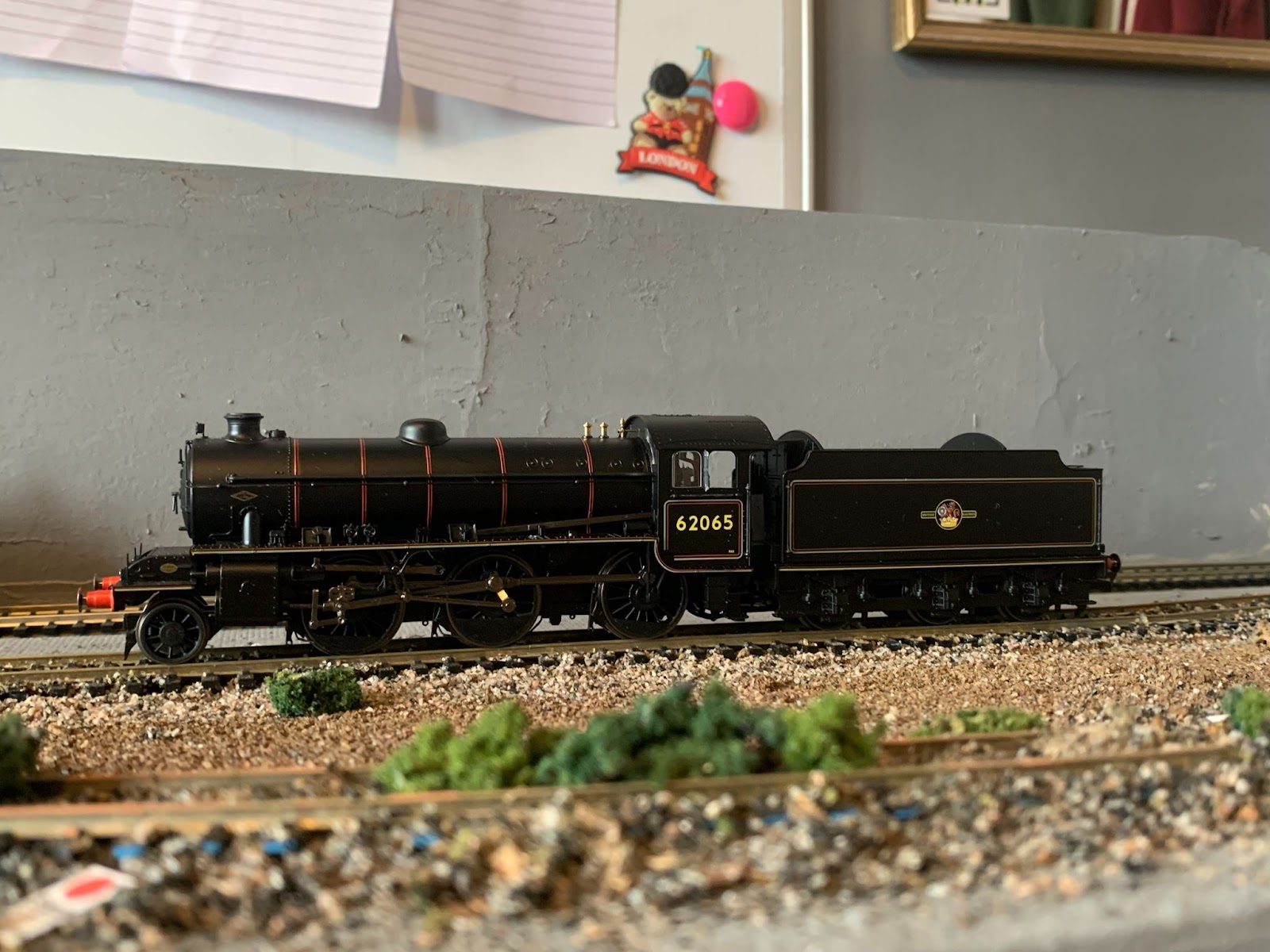 The K1 is sporting a somewhat basic livery, however it still looks brilliant, with a suitable amount of red and white lining to break up the matt finish BR Black. There is no lining present on the cylinder block, however in reality the K1 was not a ‘Top Shed’ loco, and was not finished to the same high standard that other British Railways locomotives were, and therefore does not have the same lining that we saw on the ‘King’ Class in last weeks blog post!

This engine is known as a ‘Mogul’ meaning that it has a 2-6-0 wheelbase, with a leading 2 wheel pony truck, followed by 6 driving wheels. There is a very complicated looking array of pistons and valve gear - something that looks very impressive when the loco is in motion - more moving parts creates more of a ‘real life’ atmosphere, which is something important within the world of model railways. 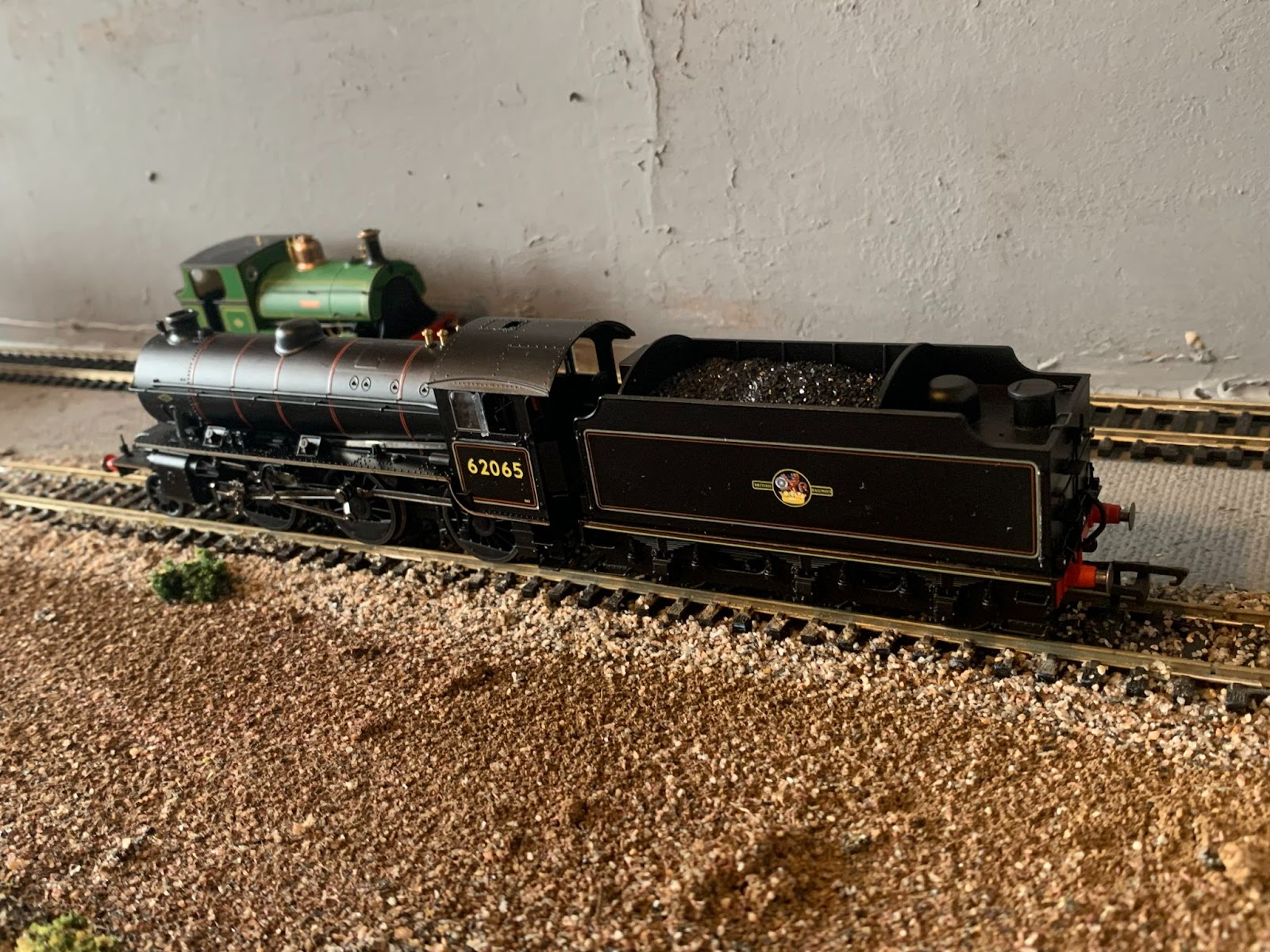 White lining is seen all down the running board, and the running board itself is finely modelled, featuring many rivets as well as multiple separately fitted parts mounted to it, including various valves. On the boiler we see some tampo - printed decals, as well as piping and handrails all the way down the side of the boiler - as well as this there is crisply printed red lining circling the boiler. At the front of the boiler we see more detail including rivets and separately fitted parts including a headcode mount in front of the smokestack, and further along the boiler towards the cab we see the separately added whistles.

Moving onto the cab, we can see that the more intricate white and red lining starts to present itself, this is finely printed onto the matt black side of the cab. The number and other small details are also printed onto the side of the cab, and even the steps up the the cab are finely lined out in red and white! Inside the cab we can also see that it is manufactured and detailed to a very high standard, the reverser and other details are picked out in the appropriate brass, bronze and red paints to authentically replicate the cab of the prototype! The roof of the cab is also detailed with various rivets to complete the realistic look.

Moving on to the Tender we can see more of the British Railways white and red lining immaculately printed onto the model, as well as a finely detailed British Railways late crest in the middle of the tender. Even the underframe of the tender is finely detailed with the white stripe continuing off the running board of the engine and running down the bottom of the tender, we can also see more rivets and the axle boxes on each wheel. The rear of the tender we can see separately fitted parts including pipes and headcode attachment points, and best of all both the tender and the main locomotive feature sprung buffers. The plastic coal does not look plastic at all and is actually very high quality and realistic. 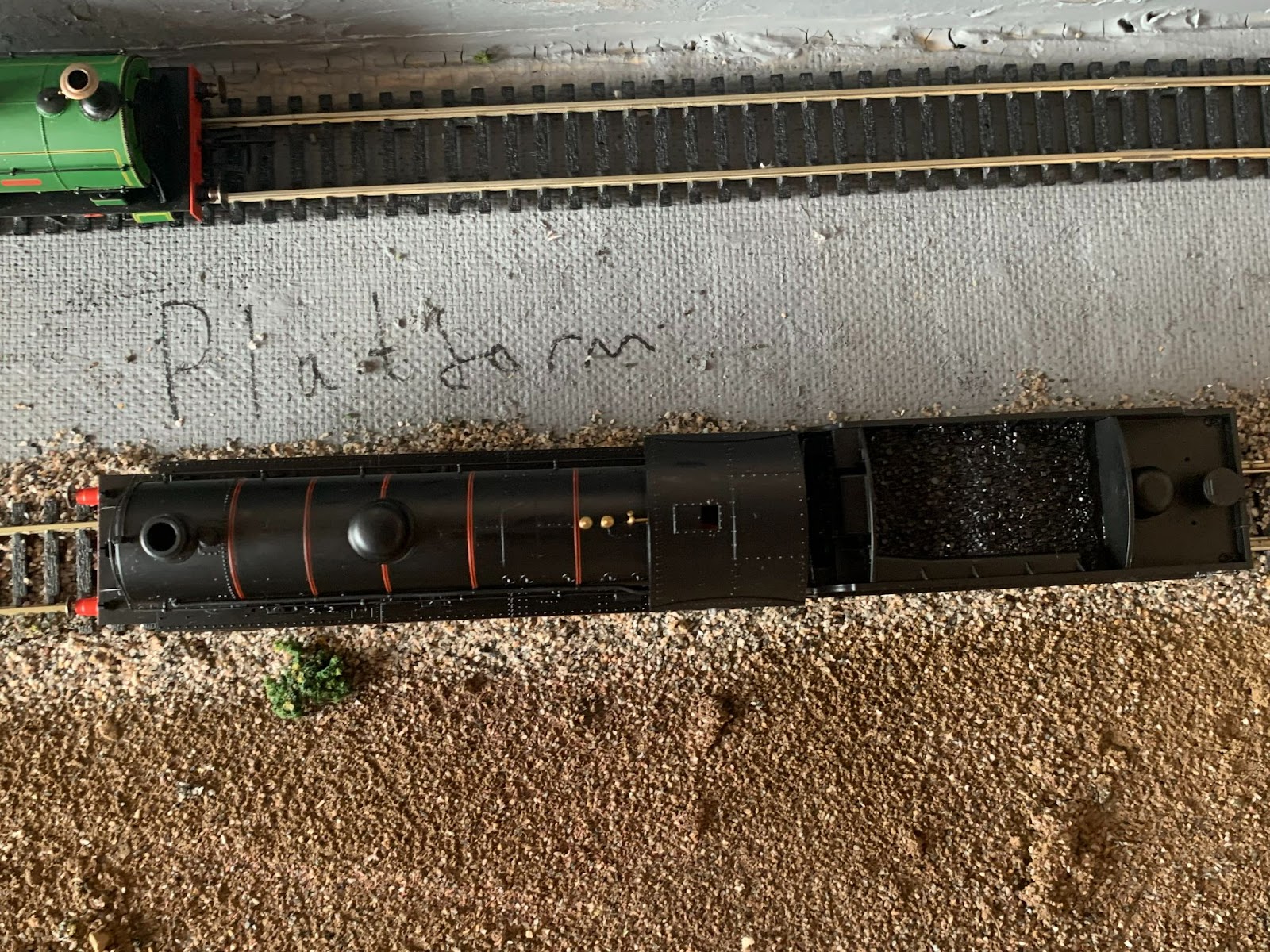 After running the engine for an appropriate amount of time, I can confirm that Hornby’s K1 is a very reliable and very capable runner, and can even run at impressively low speeds - even with my dodgy 90s Hornby starter set controller! This loco would be a great addition to the fleet of any Scottish, North Eastern or Eastern Region modeller, and it is a very versatile locomotive, being seen on both passenger and freight trains, so there is no train that this engine cannot pull! Even for the modern image modeller this locomotive is the same class as the steam engines that run on the ‘Jacobite’ service operated by West Coast Railways in Fort William, Scotland!

Overall this is another brilliant model by Hornby, featuring a very high standard of detail, with immaculate lining, a fully detailed and painted cab, and great running capabilities!