The operation of the railway network in the United Kingdom has evolved greatly since the 1826 Liverpool & Manchester Railway Act, which engendered the 'railway mania' of the pioneering local regional companies in the Victorian era and their eventual consolidation that occurred towards the end of the19th century. Then came the emergence of the 'Big Four', followed by Nationalisation, Sectorisation, Privatisation and finally, the modern day Franchising arrangements.

In an effort to clarify these changes for model railway enthusiasts, the model railway industry adopted an 'Era', or 'Epoch' system; the idea being to group models into a defined time bracket, so that locomotives, coaching and wagon stock could be reasonably grouped together.

The trouble with such a system is that as model ranges expand and evolve, boundaries between eras become blurred, a situation not helped by the national railway network changing greatly since the system was adopted during the 1990s. Since 1995, motive power and rolling stock investment has increased, leading to new locomotives, coaches and wagons, while new Train Operating Companies have filled the void left by British Rail. Traditional mineral freight has declined in some areas, while in others it has been resurrected, being joined by new types of freight movement. Passenger numbers have increased, leading to new coaching stock being developed, along with new multiple units that have been designed to operate on both diesel and electric power.

As a result, Hornby, in conjunction with partners in the publishing and retail trades, have decided to adjust the era system used, so that it clearly reflects the time periods covered, especially when taking into account the 'grey' areas that have arisen as one period blurs into the next. The table to the right provides the full details, while the graphic below illustrates more visually our system and the overlaps. 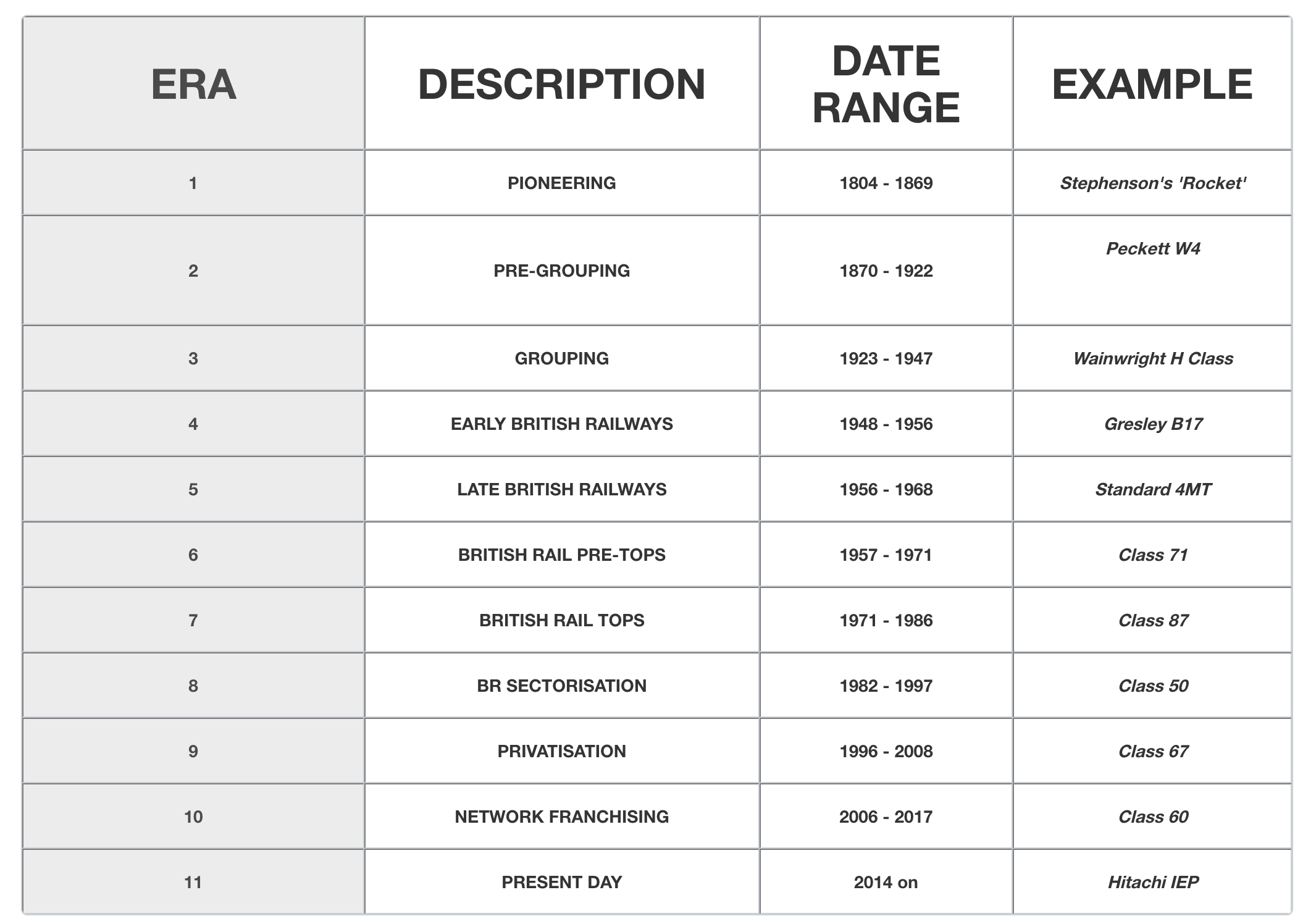 At Railway Model Store, you can easily search era specific trains by using our search bar at the top of the website. Simply enter 'Era' and then your chose era in the form of a number to get 'Era 3', for example.